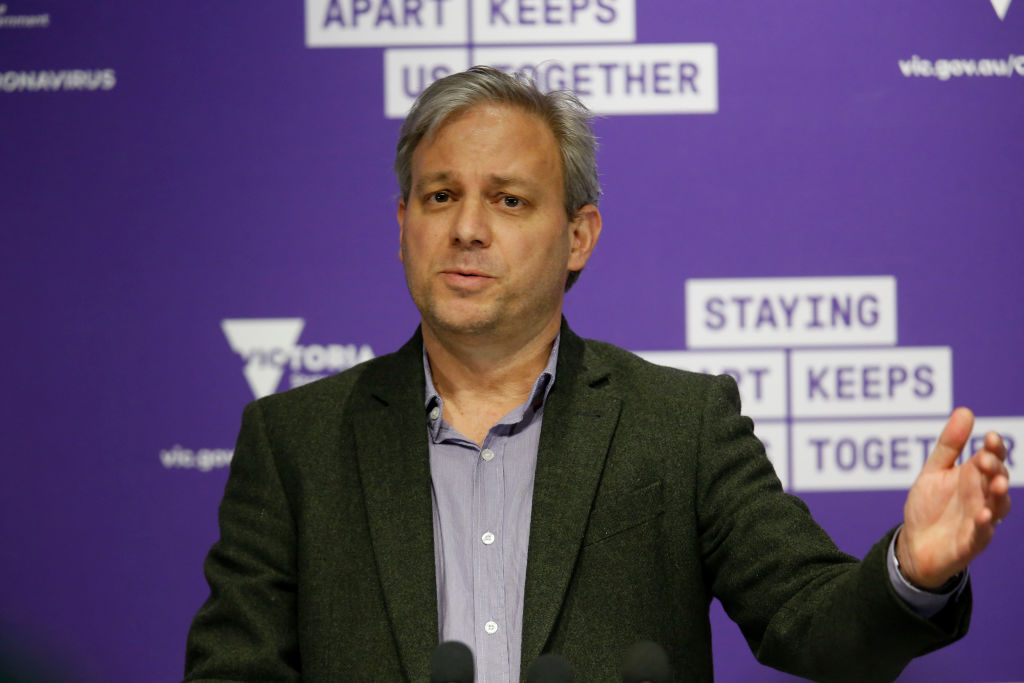 Victoria’s hotel quarantine inquiry will hold an extraordinary hearing on Tuesday after receiving new evidence from the state’s Department of Human Health and Services last week, including emails from Chief Health Officer Brett Sutton that bring into question his testimony.

On Oct. 17 a spokesperson from the hotel quarantine inquiry announced an extraordinary sitting will be held on Tuesday at 2 p.m. AET. But no further insight was given as to why or who will be called upon.

Sutton has become the latest senior government representative to come under fire for giving an alleged inaccurate testimony. But has not been contacted by the board of inquiry since the announcement to restart.

At a press conference on Oct. 19, Sutton responded, “No,” when asked if the inquiry had contacted him over the weekend.

Allegations that Sutton gave a false testimony arose following emails obtained by The Age on Oct. 15 that appear to show he knew about private security being used in the quarantine program before the CCP virus outbreak in May, contradicting what he told the inquiry.

Sutton told the inquiry in September that he was not aware private security were guarding quarantined returnees until he was notified about the outbreak at Rydges on Swanston.

The Age notified the board of inquiry about the emails, prompting DHHS to provide further evidence.

In light of the revelation, Sutton has said that he stands by his statement to the inquiry that he “was not aware” about the use of private security before the outbreak in late May.

When pressed by reporters on Oct. 18 to explain how he missed that detail, Sutton said he receives around 150 emails a day, and almost 30,000 since the start of the CCP (Chinese Communist Party) virus, commonly known as novel coronavirus.

“If I have missed a reference to security … when the program was established, I’m sorry, it hasn’t registered,” he said. “So when I’ve spoken to the inquiry to say exactly that, that was the case.

Sutton claims that when he replied to an email thread on March 27 involving DHHS and the federal government’s Home Affairs Assistant Secretary Sandra Jeffery, he “did not register anything was being said about private security,” he said.

The email discovery and additional submissions to the inquiry from DHHS come after requests were made to Premier Daniel Andrews and all his office staff to provide their phone records.

After the final hearing by Andrews on Sept. 25 additional submissions were made by then-Health Minister Jenny Mikakos and then-Chief Commissioner Graham Ashton.

Mikakos resigned the day after Andrews’ testimony after he pointed accountability of crucial decisions on her shoulders. Days after her resignation she said the board of inquiry should “treat with caution” the premier’s evidence, suggesting that it is implausible no one called for the use of private security guards.

This sparked a probe into Andrews’ testimony. Ashton’s phone records showed there was a six-minute window that was not accounted for in the testimonies.