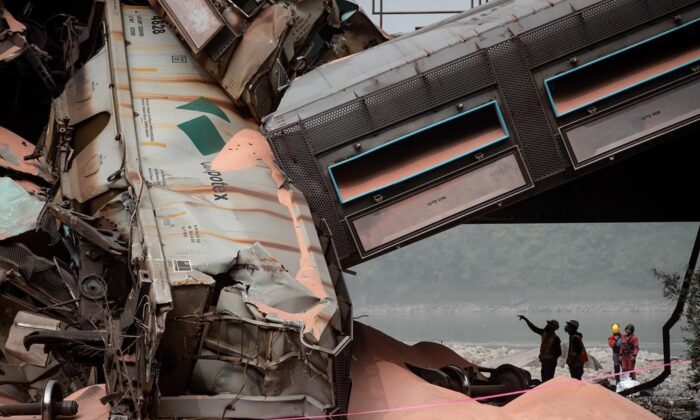 Officials look over the scene where a train carrying potash derailed near Hope, B.C, on Sept. 14, 2020. (The Canadian Press/Darryl Dyck)

The company says no injuries, fires, or dangerous goods were involved.

It says preliminary information indicates the cars derailed off of a rail bridge.

CN has sent a team of environmental experts and an outside contractor to the site of the derailment because it says several cars derailed into a body of water.

A spokesman for B.C.s Environment Ministry said the cars derailed on the bank ofRead More – Source