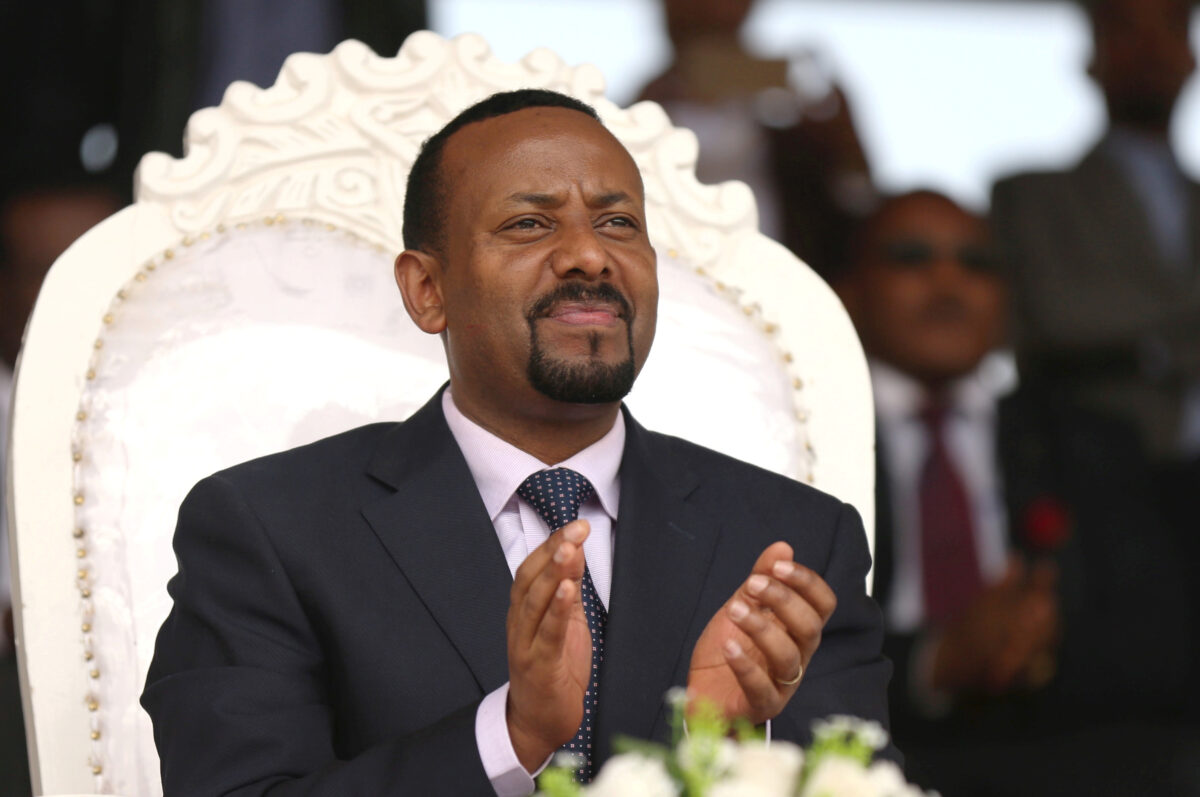 STOCKHOLM—The winner of this years Nobel Peace Prize says his horrifying experiences as a young Ethiopian soldier fueled his determination to seek an end to the long conflict with a neighboring country.

Ethiopian Prime Minister Abiy Ahmed spoke at Oslo City Hall during the ceremony in Norways capital where he received his Nobel on Dec. 10.

“War is the epitome of hell for all involved. I know because I was there and back,” he said in accepting the prize.

Abiy won the prize, in part, for making peace with Eritrea after one of Africas longest-running conflicts. Abiy served in the army during the war.

“Twenty years ago, I was a radio operator attached to an Ethiopian army unit in the border town of Badame,” he said. “I briefly left the foxhole in the hopes of getting a good antenna reception. … It only took but a few minutes. Yet upon my return, I was horrified to discover that my entire unit had been wiped out in an artillery attack.”

Abiy, 43, took office in early 2018 and, within weeks, astonished the long-turbulent Horn of Africa region by fully accepting a peace deal ending the 20-year border conflict with Eritrea that saw around 80,000 people killed.

In his speech, he said stability in the region is strategically important.

“The global military superpowers are expanding their military presence in the area. Terrorist and extremist groups also seek to establish a foothold. We do not want the Horn to be a battleground for superpowers nor a hideout for the merchants of terror and brokers of despair and misery,” he said.

The peace prize also recognizes Abiys significant domestic reforms, including the release of tens of thousands of prisoners and the return of once-banned opposition groups. But since the prize was announced in October, he has faced growing challenges at home, including bloody protests.

Just days after the November release of his book promoting his national unity philosophy, protesters burned copies of it in the streets. The protests erupted after an outspoken activist who had returned from exile asserted that his government-provided security detail was being removed.

The claim came a day after Abiy had warned unnamed people that “if you threaten our peace and security, we will take measures.”

The government said 78 people were killed in the unrest.

In Oslo, he called on “my fellow Ethiopians to join hands and help build a country that offers equal justice, equal rights, and equal opportunities for all its citizens.”

“The evangelists of hate and division are wreaking havoc in our society using social media. They are preaching the gospel of revenge and retribution on the airwaves,” he said.

Carles Puigdemont turns himself in to Belgian police