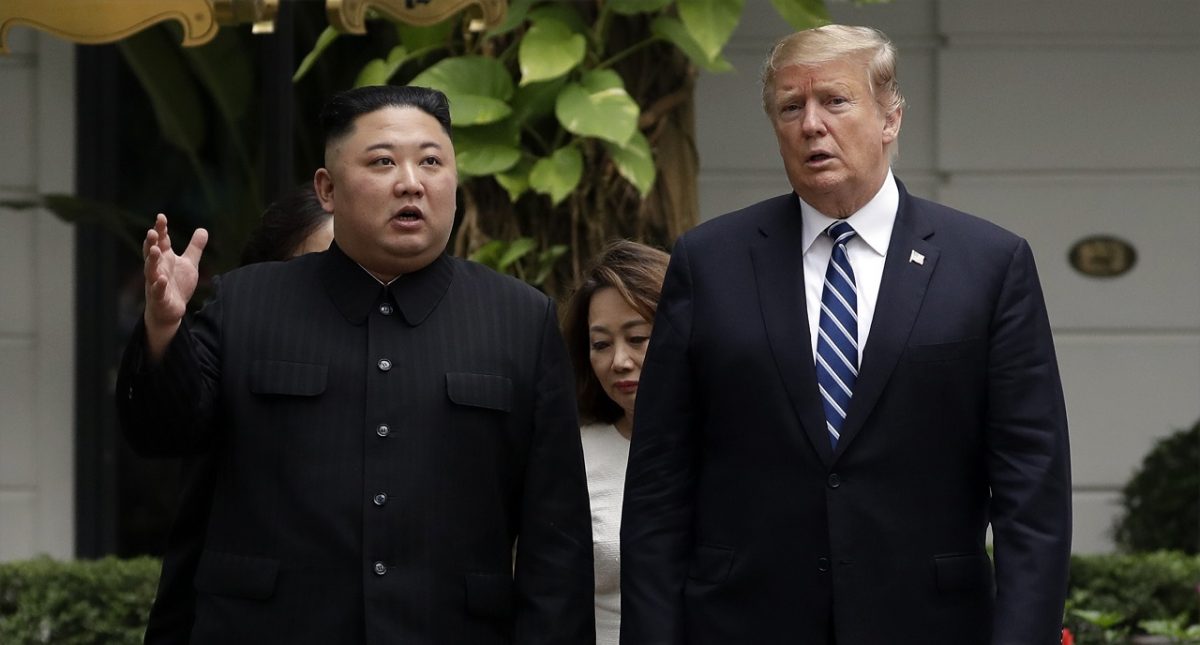 President Donald Trump said on Dec. 8 that North Korea must denuclearize and that its leader, Kim Jong Un, has “too much to lose” if he acts in a hostile manner, adding that if Kim interferes with the 2020 presidential election, their relationship could end.

Trumps comments came after North Korea said on Dec. 8 that the country had conducted a “very important” test at its once-dismantled rocket testing launch site, according to state media KCNA.

The Sohae satellite launch site was one that U.S. officials said Pyongyang had promised to close. Last year, at the start of denuclearization talks between the United States and North Korea, the site had been partially dismantled, according to The Associated Press.

“Kim Jong Un is too smart and has far too much to lose, everything actually, if he acts in a hostile way. He signed a strong Denuclearization Agreement with me in Singapore,” Trump wrote on Twitter on Dec. 8. “He does not want to void his special relationship with the President of the United States or interfere with the U.S. Presidential Election in November. North Korea, under the leadership of Kim Jong Un, has tremendous economic potential, but it must denuclearize as promised. NATO, China, Russia, Japan, and the entire world is unified on this issue!”

….with the U.S. Presidential Election in November. North Korea, under the leadership of Kim Jong Un, has tremendous economic potential, but it must denuclearize as promised. NATO, China, Russia, Japan, and the entire world is unified on this issue!

Pyongyang has also repeatedly talked about an end-of-year deadline that Kim set for denuclearization talks with Washington.

On Dec. 7 Trump told reporters that Kim “knows I have an election coming up. I dont think he wants to interfere with that, but well have to see. … I think hed like to see something happen.”

“The relationship is very good, but there is some hostility, theres no question about it,” he said.

Those comments followed what North Koreas ambassador to the United Nations said on Dec. 7, that denuclearization is now off the negotiating table with the United States, and lengthy talks with Washington are not needed.

KCNA described the latest test as one of “great significance,” but didnt outline what specifically was tested.

“The results of the recent important test will have an important effect on changing the strategic position of the DPRK once again in the near future,” KCNA reported.

South Koreas defense ministry said South Korea and the United States are cooperating closely in monitoring activities at major North Korean sites, including Tongchang-ri, the area where Sohae is located.

Missile experts said it appeared likely the North Koreans had conducted a static test of a rocket engine, rather than a missile launch, which is usually quickly detected by neighboring South Korea and Japan.

“If it is indeed a static engine test for a new solid or liquid fuel missile, it is yet another loud signal that the door for diplomacy is quickly slamming, if it isnt already,” Vipin Narang, a nuclear affairs expert at the Massachusetts Institute of TechnoRead More – Source