Here Are Some Of The Biggest Loses America Faced In 2018

Many great Americans passed away in 2018 after spending their lifetimes serving their communities, their country and even the world.

Here is a list of athletes, writers, leaders and more America said goodbye to in 2018.

Longtime evangelist Billy Graham passed away on Feb. 21 at the age of 99. He preached his first sermon in 1937, before he had even turned 20. His first sermon, delivered to roughly 40 people, was only eight minutes long. Graham would go on to spend the rest of his life sharing his Christian faith in front of an estimated 215 million listeners through radio and television. (RELATED: Union Accuses Trump Of Taking The Highest-Paid Federal Employees Hostage Over Shutdown)

A humble man, Graham nevertheless had the ear of some of the nations most powerful people. He met presidents from Harry Truman to Donald Trump.

Graham was known for holding “crusades” to share the message of salvation with people across the globe. His March funeral was regarded by many as his final crusade, as the preacher from North Carolina made sure the ceremony would feature the gospel message.

“My home is in heaven. Im just passing through this world,” Graham said according to USA Today.

Former first lady Barbara Bush died April 17 at the age of 92. A New York native, she met future husband George H.W. Bush at a school dance when she was 16 and he was 17. They were married for 73 years and held the record for the longest-married couple in presidential history after tying the knot in 1945.

The mother of six focused on improving child literacy while her husband was in the White House from 1989 to 1993.

“At the end of your life you will never regret not having passed one more test, not winning one more verdict, or not closing one more deal. You will regret time not spent with a husband, a friend, a child or a parent,” Barbara Bush wrote in her 2003 book “Reflections: Life After the White House.” 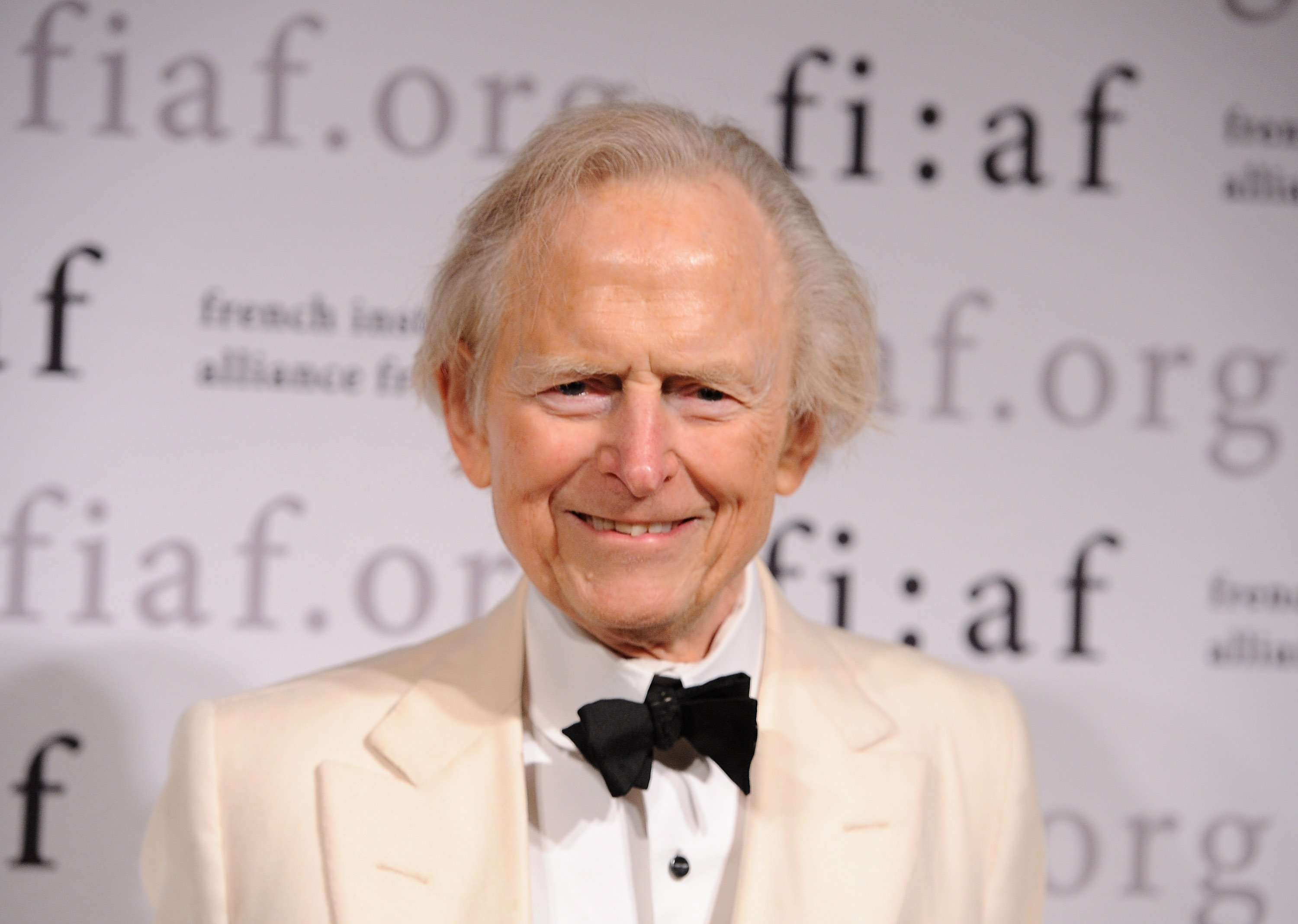 Journalist Tom Wolfe died May 15 at the age of 88. Although The Washington Post hired Wolfe as a reporter in 1959, he became a household name through his books, both fiction and nonfiction — as well as his standout white suit.

Wolfe was a pioneer of new journalism, in which the writer was not a detached recorder of facts but got involved with the situation or group he or she was writing about. Wolfe called it “saturation journalism,” and its the technique he used to produce his popular works including “The Electric Kool-Aid Acid Test” and “The Right Stuff.”

“To me, the great joy of writing is discovering. Most writers are told to write about what they know, but I still love the adventure of going out and reporting on things I dont know about,” Wolfe said. 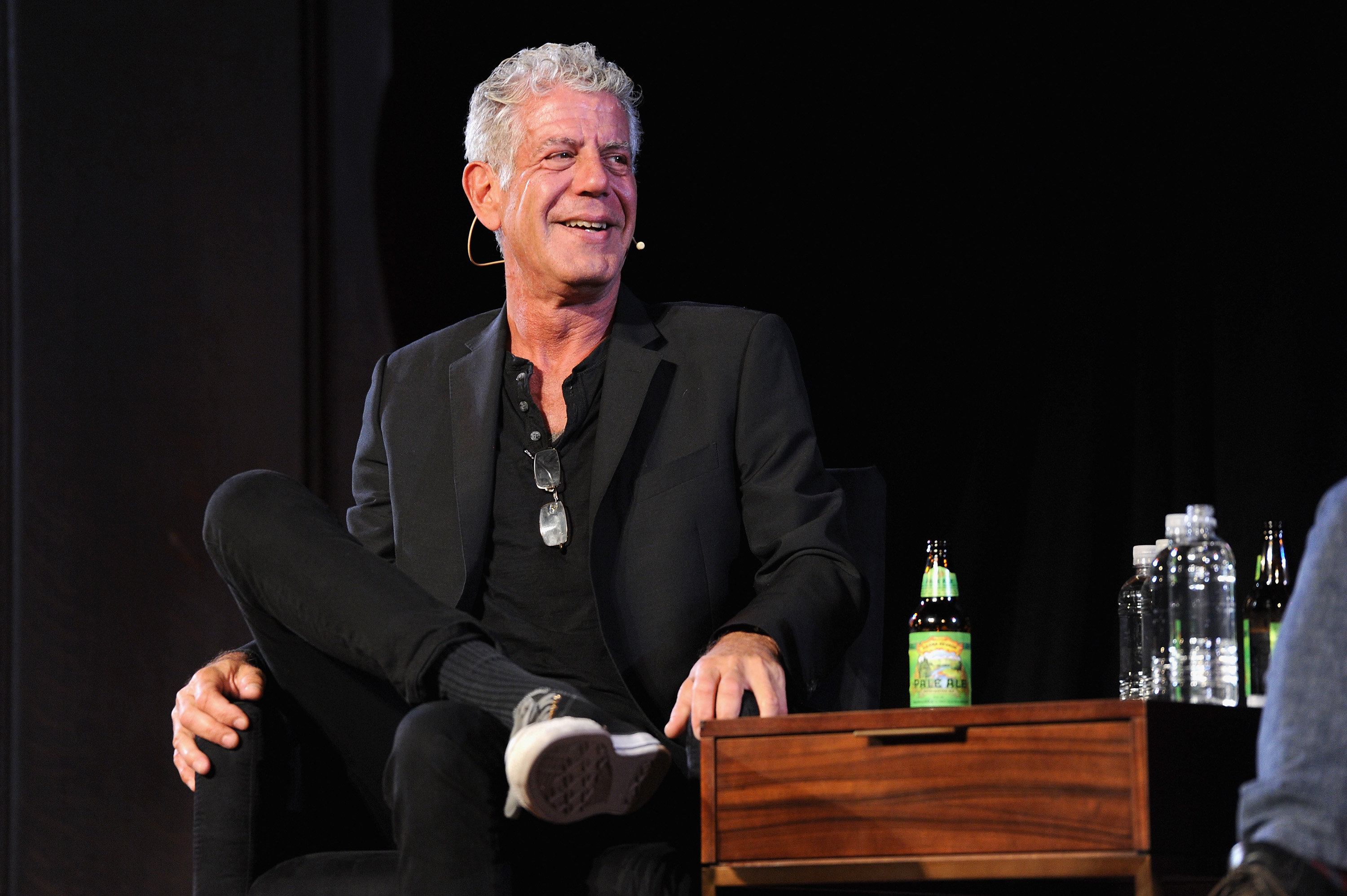 Bourdain had battled drug addiction and unhappiness for years before taking his own life.

“As you move through this life and this world you change things slightly, you leave marks behind, however small,” Bourdain said. “And in return, life — and travel — leaves marks on you. Most of the time, those marks — on your body or on your heart — are beautiful. Often, though, they hurt.”

Conservative commentator and Pulitzer Prize winner Charles Krauthammer died June 21 at the age of 68. Well respected on both sides of the aisle, he was a former Carter administration official, who in his later years contributed to the now-defunct The Weekly Standard and the Fox News Channel.

Trained as a psychologist, he branched out to become a speechwriter and later won a Pulitzer for his Washington Post weekly editorial in 1987.

Krauthammer spent most of his adult life in a wheelchair after a diving accident at age 22 left him paralyzed from the waist down.

“I leave this life with no regrets. It was a wonderful life — full and complete with the great loves and great endeavors that make it worth living. I am sad to leave, but I leave with the knowledge that I lived the life that I intended,” Krauthammer wrote in WaPo after learning of a cancer diagnosis that gave him just weeks to live on June 8.

Former Republican Nevada politician Paul Laxalt died Aug. 6 at the age of 96. He served at the states governor for one term and as a senator for two terms.

The son of Basque immigrants, Laxalt valued education and graduated from the University of Denver law school after joining the Army during World War II.

Laxalt first got into politics when he won district attorney of Ormsby County in 1950. Years later as governor, he paved the way toward modern-day gambling and promoted prison reform. 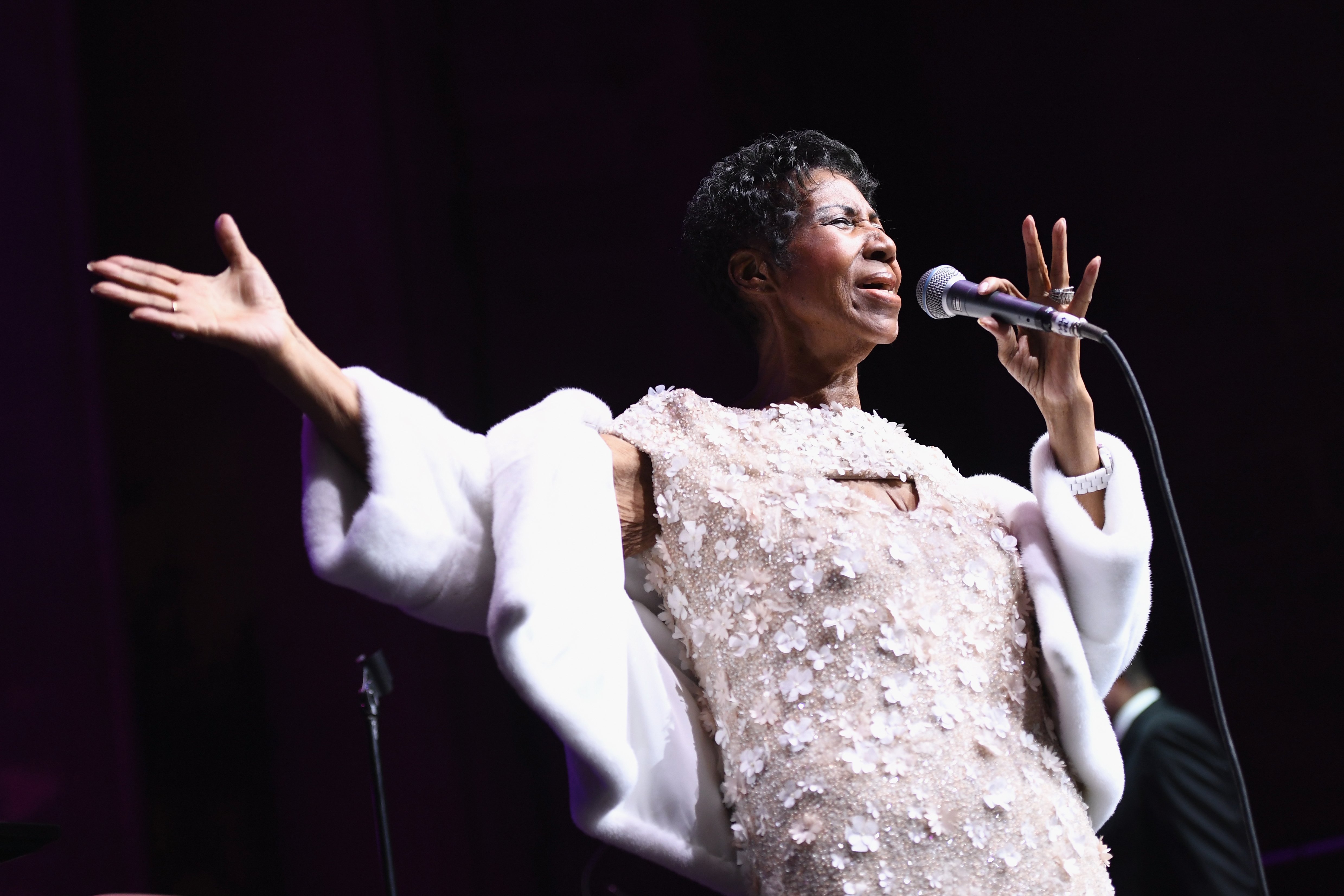 “Queen of Soul” Aretha Franklin passed away Aug. 16 at the age of 76. Born in Memphis, she was a preachers daughter and grew up singing gospel songs in church.

Columbia Records signed her in 1960, and soon she found herself with singles on the Billboard Hot 100. Franklin enjoyed a long career and advocated for civil rights through her music (especially her still-popular song “Respect”) and her platform.

“It really is an honor if I can be inspirational to a younger singer or person. It means Ive done my job,” Franklin said. 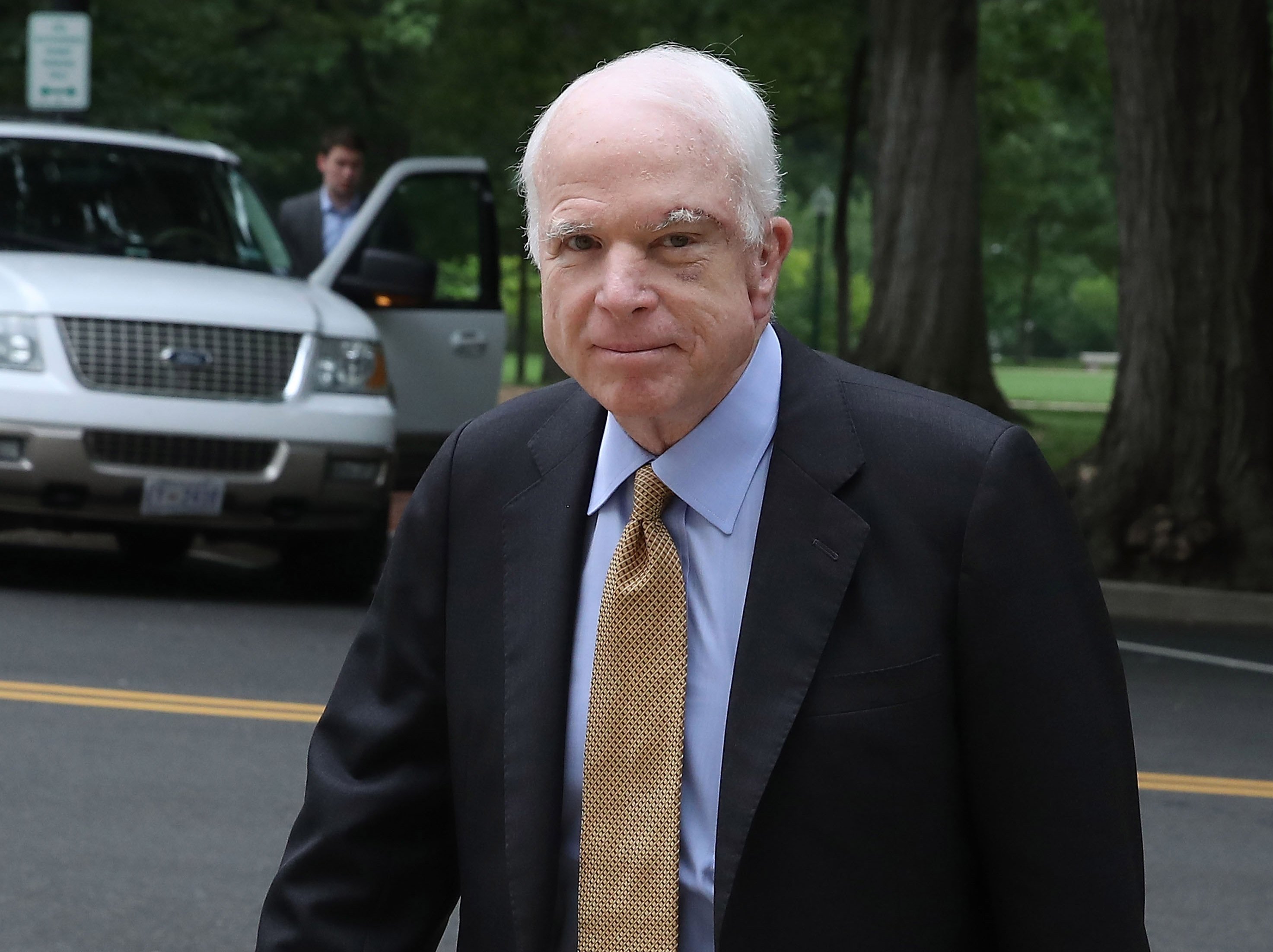 Arizona Sen. John McCain died Aug. 25 at the age of 81 after a tough battle with brain cancer. The Navy pilot chose a life of public service after surviving more than five years as a prisoner of war during the Vietnam War.

McCain proved he could think for himself during his combined 36 years in the House of Representatives and the Senate.

“I fell in love with my country when I was a prisoner in someone elses. I loved it for its decency, for its faith in the wisdom, justice, and goodness of its people. I loved it because it was not just a place but an idea, a cause worth fighting for. I was never the same again; I wasnt my own man anymore; I was my countrys,” McCain said at the Republican national convention in 2008, when he was the partys presidential nominee. 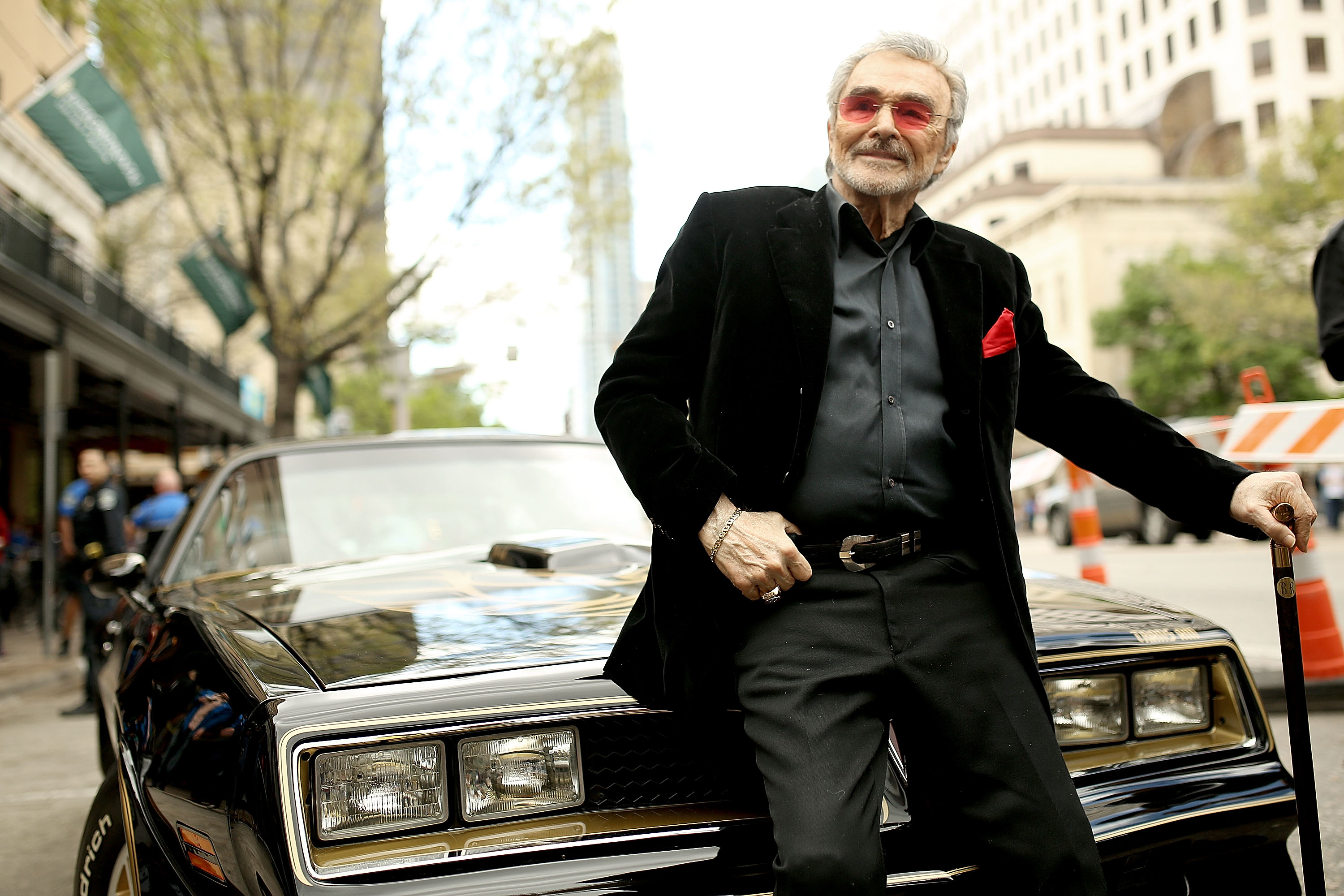 Actor Burt Reynolds attends the screening of “The Bandit” during the 2016 SXSW Music, Film + Interactive Festival at Paramount Theatre on March 12, 2016 in Austin, Texas. (Photo by Mike Windle/Getty Images for SXSW)

Famous for movies including “Smokey and the Bandit” and “Deliverance,” he experienced a career revival in his 60s and was nominated for the Academy Award for Best Supporting Actor for his role in “Boogie Nights.”

He always maintained a sense of humor about how fickle Hollywood could be.

“This is a business where if you dont like it, itll get rid of you real fast. But if you love it, people start to see how much you love it, how much you give to it. Give to the young people. Do everything you can to be out there,” Reynolds said in July according to the Tallahassee Democrat. 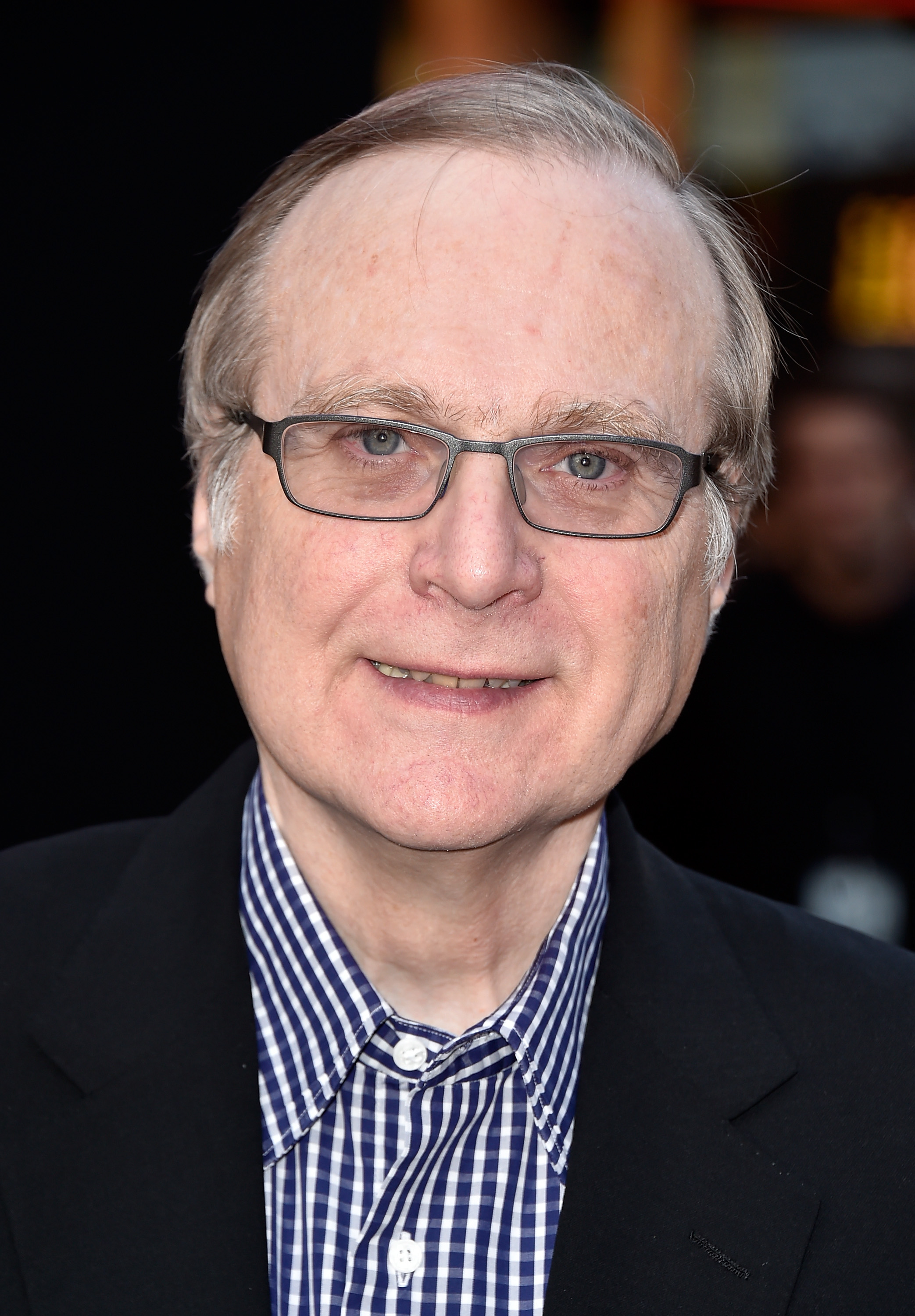 Microsoft co-founder Paul Allen died Oct. 15 at the age of 65 after fighting cancer off and on for nine years.

Allens image will forever be intertwined with his Microsoft partner Bill Gates. The two formed the ubiquitous software company in 1975 with no way of knowing it would make them two of the richest men in the world.

Allen also made philanthropy a priority in his life, donating more than $2 billion to causes from wildlife conservation to technological advancement during his lifetime.

“What should exist? To me, thats the most exciting question imaginable. What do we need that we dont have? How can we realize our potential?” Allen said.

Barrier-breaking NFL player Wally Triplett died Nov. 8 at the age of 92. He was the first black NFL draftee to take the field, and his portrait hangs in the Pro Football Hall of Fame.

Tripletts college football career had a seemingly devastating start. He was set to attend the University of Miami on a scholarship sight unseen, but the school took back the offer when they learned he was black. Triplett attended Penn State University instead and became the first black athlete to play in the Cotton Bowl.

Triplett played for the Detroit Lions as a running back and return specialist and set an NFL record that still stands today when he averaged 73.5 yards per return in a 1950 game against the Los Angeles Rams. 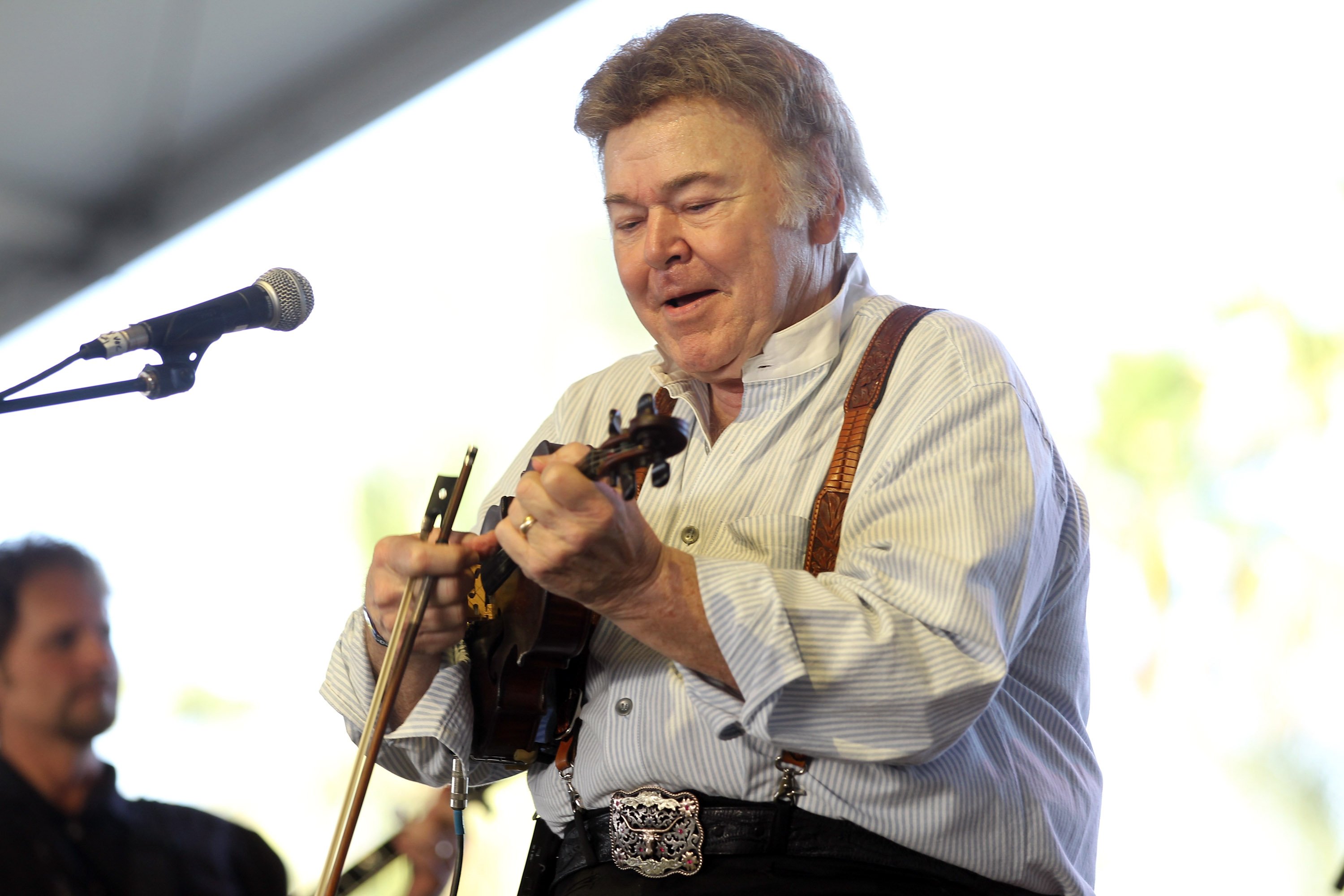 Country singer and musician Roy Clark passed away on Nov. 15 at the age of 85. Many of his fans were introduced to him through “Hee Haw,” the long-running variety show he hosted that garnered tens of millions of viewers.

Born in Meherrin, Virginia, Clark started out playing makeshift instruments and used humor to offset his shyness when performing. Proficient on the guitar, banjo and violin, Clark was later known for hits including “Yesterday, When I Was Young” and “Heart to Heart.”

Clark, known for his warm persona on- and off-camera, was inducted into the Country Music Hall of Fame in 2009.

“Im a firm believer in smiles,” Clark once said. “I used to believe that everything had to be a belly laugh. But Ive come to realize that a real sincere smile is mighty powerful.” 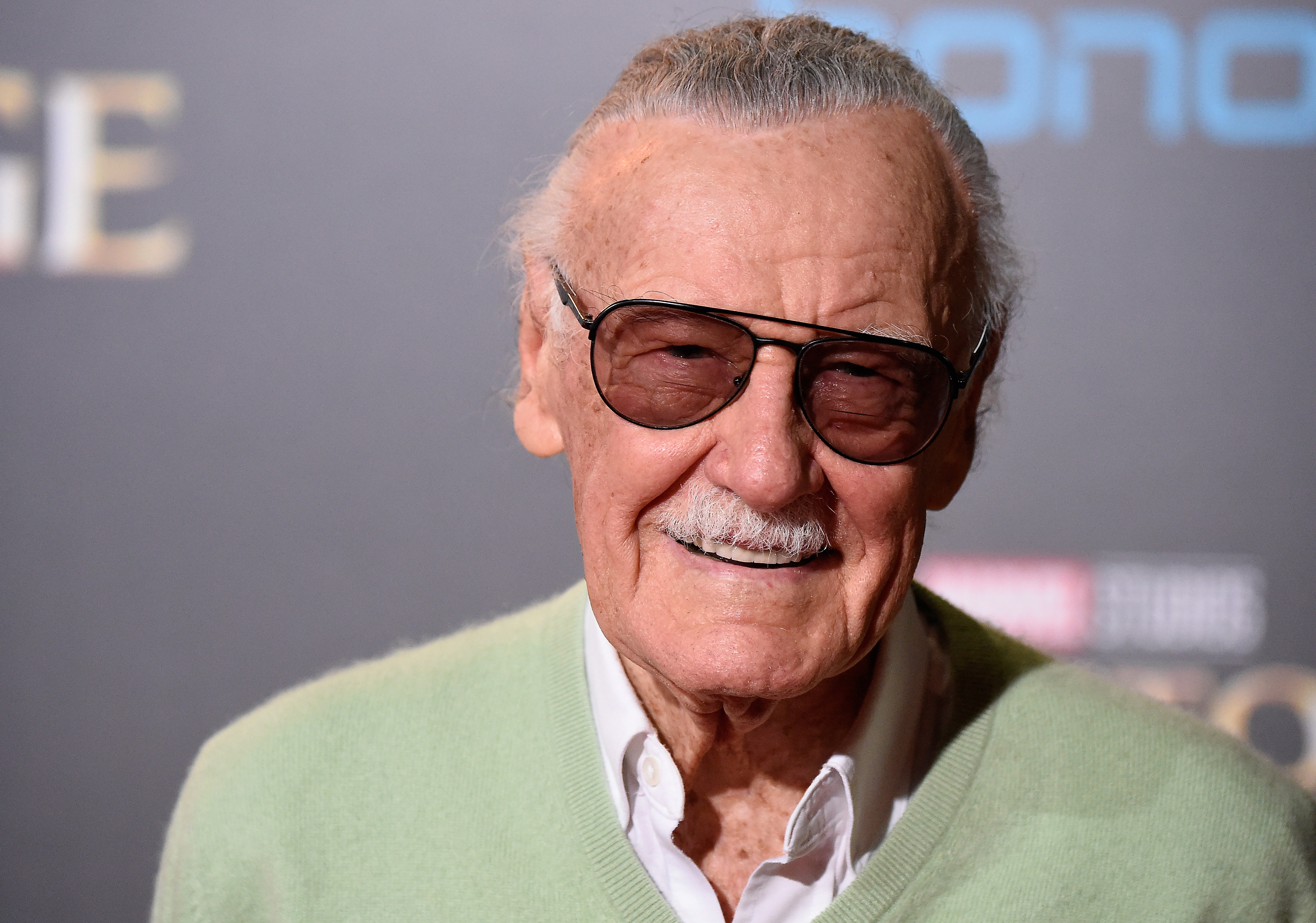 Marvel Comics icon Stan Lee died Nov. 12 at the age of 95. He was the primary creative leader at Marvel for 20 years and a familiar face to fans young and old because of his cameos in Marvel movies.

Lee co-created popular characters including Spider-Man, the X-Men, Iron Man, Thor and the Hulk. As a child, he saved his money to go to movies and especially loved the heroic actor Errol Flynn, known for portraying Robin Hood.

“The only advice anybody can give is, if you wanna be a writer, keep writing. And read all you can, read everything,” Lee said. 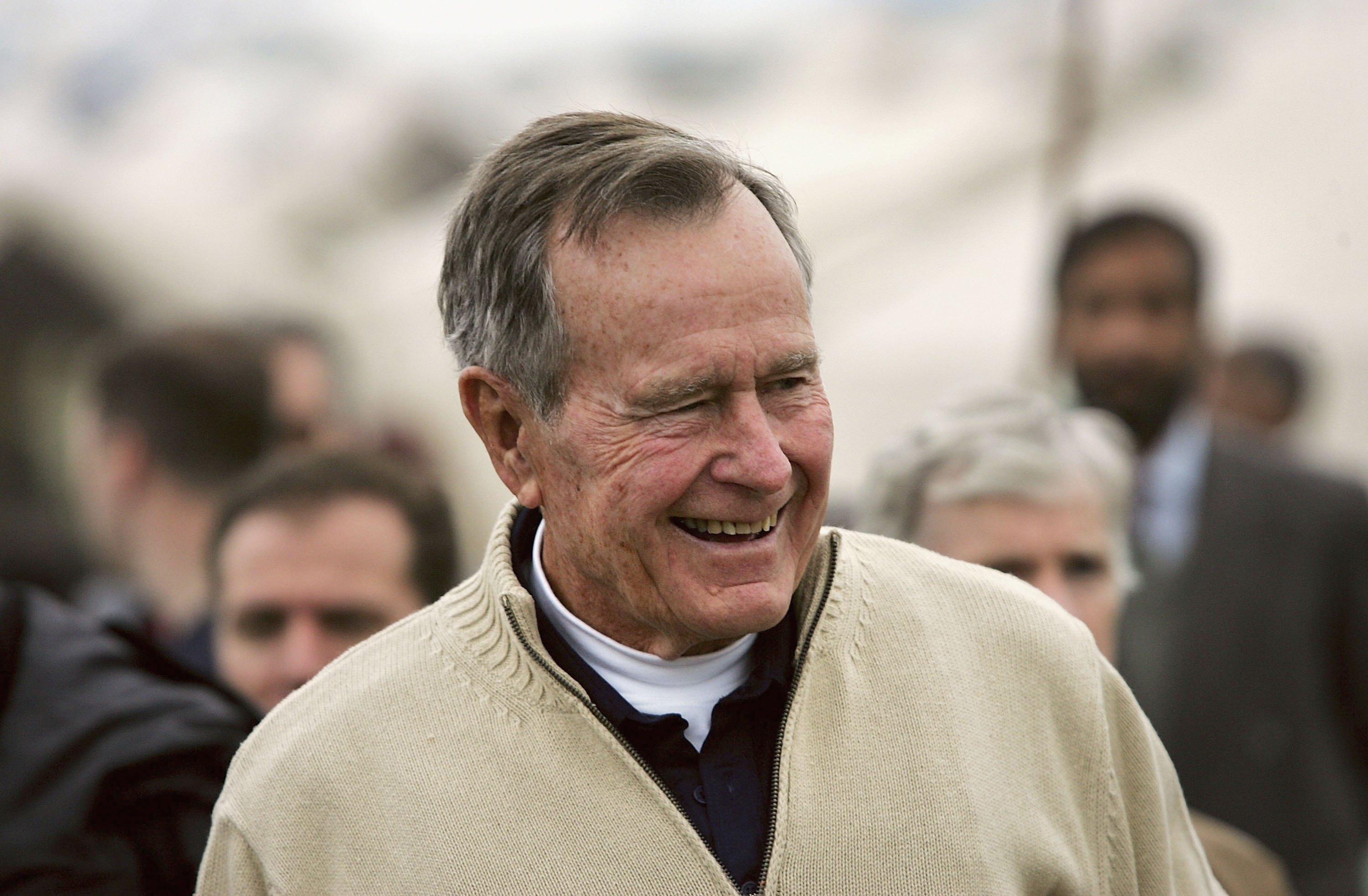 Former U.S. President George Bush visits a tent camp for earthquake survivors on the outskirts of Islamabad on January 17, 2006 in Pakistan. (Photo by John Moore/Getty Images)

Former president George Herbert Walker Bush, also known as Bush 41, passed away Nov. 30 at the age of 94. Bush was the last president to have served in World War II. His term was marked by the decline of the Soviet Union, a challenging economy and 1991s Operation Desert Storm.

The father of six had served as a Texas congressman, U.S. ambassador to the United Nations, CIA director and, of course, former president Ronald Reagans vice president before becoming commander-in-chief in 1989.

He also had another distinction — father of the 43rd president of the U.S., George W. Bush.

“I do not mistrust the future; I do not fear what is ahead. For our problems are large, but our heart is larger. Our challenges are great, but our will is greater. And if our flaws are endless, Gods love is truly boundless,” Bush said during his inaugural address in 1989.

Content created by The Daily Caller News Foundation is available without charge to any eligible news publisher that can provide a large audience. For licensing opportunities of our original content, please contact licensing@dailycallernewsfoundation.org.