Despite Eagles Win, Patriots Favored To Win Next Super Bowl

The Philadelphia Eagles may have beaten the New England Patriots Sunday night, but the Pats are favored to win the next Super Bowl, ProFootball Talk reports.

As of Monday afternoon, Tom Brady and the Patriots are favored 5/1 to not only make a return trip to the Super Bowl next year, but to take home the Vince Lombardi Trophy, according to the odds offered by Bovada. 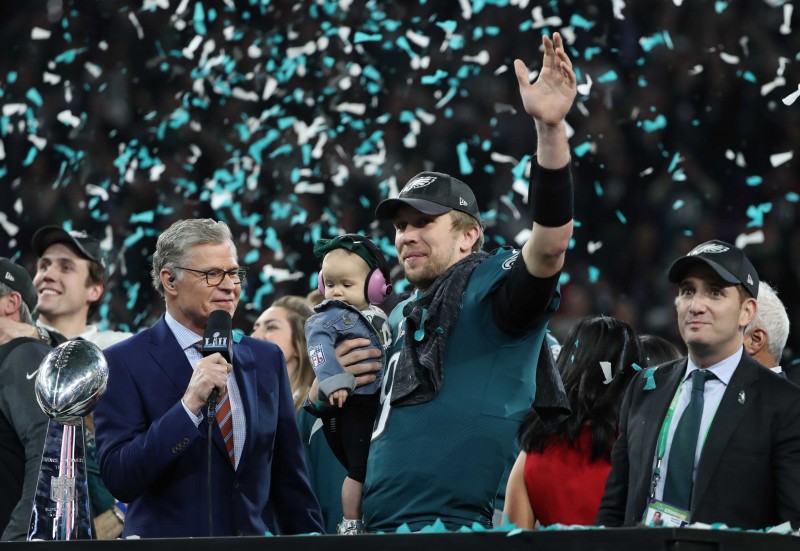 Tied for second place are the reigning champion Eagles and the Green Bay Packers at 9/1 .

In the next block, are the Minnesota Vikings at 12/1 odds, with the Pittsburgh Steelers following behind at 14/1. The Dallas Cowboys, Los Angeles Rams, New Orleans Saints, Atlanta Falcons, and San Francisco 49ers go into the fifth block with 18/1 odds.

The two teams that are least favored to make it to win the Super Bowl are the Chicago Bears at 75/1 odds and Cleveland Browns with 100/1 odds.