What the future may hold for Turpin siblings

The couple's children, who range in age from 2 to 29, are being cared for at local hospitals. Here is what the future may hold for the Turpin siblings:

The alleged mistreatment, which prosecutors say included choking, could have severe psychological effects. The victims could suffer from complex post-traumatic stress disorder, which results from trauma that took place over a long period of time or in captivity, said Dr. Frank Ochberg, a psychiatrist and pioneer in trauma science."We can assume that there could be depression and nightmares," said Ochberg, a key prosecution witness in the trial of Ariel Castro in Ohio. In 2013, Castro was sentenced to life without parole, plus 1,000 years, for kidnapping, raping and assaulting three women over several years. Most of the Turpin children suffered from severe caloric malnutrition, and several have cognitive impairment as a result of abuse, Riverside County District Attorney Mike Hestrin said.That means they were deprived of vitamins and minerals essential to their development, Dr. Roshini Raj, an associate professor of medicine at New York University, told HLN.She said it may take a long time to get the victims to a healthy weight. "But it can be done," said Raj, an internist. Doctors have likely checked for signs of infection before beginning the process of slowly feeding the children. "When you've been malnourished for so many years, your immune system is much weaker than it should be, and you're more prone to getting infection," Raj said. 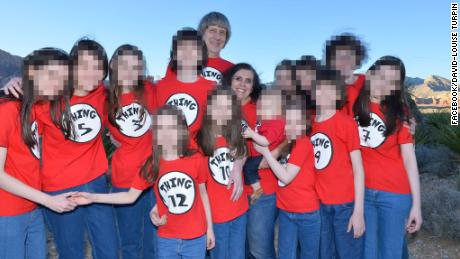 Ochberg was optimistic about the possibility of recovery down the road. Separating the children from their parents "and giving them a chance to have normal, new family members is a big plus," said Ochberg, a trustee for the Trust for Trauma Journalism, an organization that supports journalists who report on violence, conflict and tragedy. "While there can be a number of complicated and interrelated medical, social and psychological disorders, there have been amazing and heartwarming examples of people who are survivors," Ochberg said. "We don't want to overemphasize hopelessness when everyone who cares about people like this are trying to find reasons to hopeful and optimistic."Officials are working with the hospital to assess the seven adult victims and determine whether they can make decisions, said Mary Parks, a spokesperson for the Riverside County Department of Public Social Services. The agency will seek authorization and guidance from the court on who will provide care for the children, she said. Read: Inside the Turpin family's house of horror

Typically, when children are separated from their parents, the courts and child protection agencies may seek to reunify the family, said Amy Heilman, director of foster care and adoption at the Children's Bureau, a Los Angeles-based social services nonprofit. 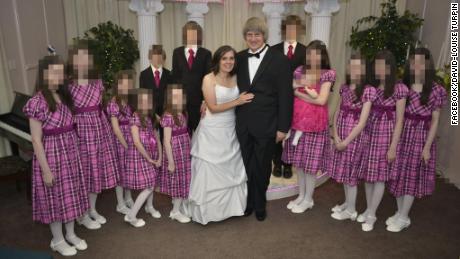 "When there are serious allegations of child endangerment, most likely child protective services will recommend a fast track to adoption," Heilman said. "However, there are times where the court may not want to make that ruling until it's further on in the criminal case."The process to terminate parental rights is determined in dependency court, Heilman said, and birth parents have the right to contest the termination. In the short term, the children will be placed in foster care, she said. Foster care parents could end up being the adoptive parents. "We have a big push and responsibility to our children to see if there are any kinship caregivers … that would be a viable option," she said. "In California, we tend not to terminate parental rights until we have an identified adoptive family."Heilman said the goal would be to keep the siblings together, but that will likely be difficult. "Throughout the country, there is a real need for families to step forward to become foster parents," Heilman said. "There's even a greater shortage of families that have the ability to take on siblings."It may take at least 18 months to terminate parental rights and finalize an adoption.In the meantime, Riverside County Department of Public Social Services is seeking court authorization to provide oversight and care for the 13 children and adult victims "to the extent that's necessary," the agency's director Susan von Zabern has said. 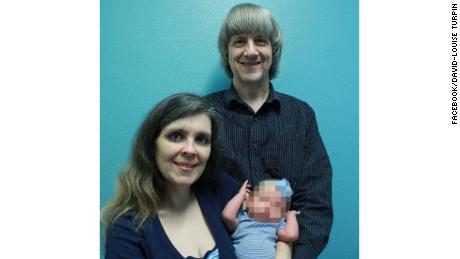 An attorney for David Turpin's elderly parents said she didn't "know whether or not" the grandparents would be able to provide for all of the siblings. The elder Turpins, who live in West Virginia, "want to be very involved in trying to assist in placement," their attorney, Paige Flanigan, said. They are still trying to contact their grandchildren, she said. Authorities don't know where the children may end up at this point, said Hestrin, the district attorney."We're going to do everything we can to assist them through our victims' services division, and hopefully they'll be cared for throughout this process," he said."They're relieved, I'll say that," Hestrin said. "They're in good hands."

California AG: ‘We Will Prosecute’ Employers Who Cooperate with Federal Immigration Officials