That's what a Danish consortium are hoping after getting an enthusiastic thumbs up from Formula One boss Chase Carey for their proposal to stage a Copenhagen Grand Prix. Follow @cnnsportCarey, who paid a visit to the Danish capital, Wednesday, said he was "excited" about the prospect."We're excited about the opportunity to explore a potential race here in Denmark … I think Copenhagen represents the type of location that we think can really provide a great platform," Carey told journalists in Copenhagen, Reuters reported. "Scandinavia has been a great part of our sport and having local drivers is always a plus," Carey added.Kevin Magnussen, who drives for the Haas F1 team, is currently the only Danish driver in F1, but Scandinavia and the wider region has produced some F1 greats.READ: Formula E signs landmark sponsorship dealSweden's Ronnie Peterson won 10 grands prix during the 1970s and neighbouring Finland has produced three world champions — Keke Rosberg, Mika Hakkinen and current Ferrari driver Kimi Raikkonen. 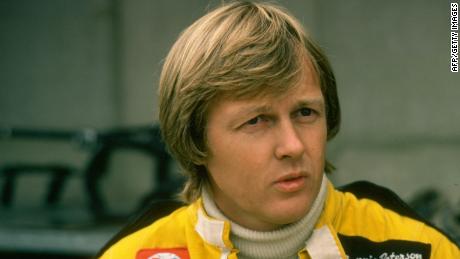 The consortium behind the initiative is being led by Danish politician Helge Sander and Lars Seier Christensen, a co-founder and former CEO of online trading platform provider Saxo Bank."(F1 bosses) don't just see it as Copenhagen but as all of Scandinavia which is a potential market for them," Christensen said at a press briefing ahead of Carey's visit. Denmark has never hosted an F1 race, and Scandinavia hasn't been in the calendar at all since 1978 when the Anderstorp circuit hosted its sixth and final Swedish Grand Prix. Visit CNN.com/motorsport for more news and featuresCarey and F1's owners, Liberty Media, have been keen to expand the reach of the sport since taking over the long-time F1 supremo, Bernie Ecclestone, implementing a new marketing strategy which included the unveiling of a new logo at the end of the 2017 season. The forthcoming season, which starts on March 25 in Melbourne, will feature a record-equalling 21 grands prix, with races returning to Germany and also to France, which will host its first grand prix since 2008.