Four games over Christmas and the new year has long been a tradition in English football, but this season's festive schedule has drawn the ire of Guardiola, whose team hold a 12-point lead at the top of table, but now face Watford on Tuesday, having played on Sunday. Follow @cnnsport"If you tell me that technically, physically it's good for the players: no, it's a disaster," said Guardiola ahead of his team's fourth match in 11 days.Two of City's leading stars — Brazilian Gabriel Jesus and Belgian Kevin de Bruyne — picked up injuries in the 0-0 draw with Crystal Palace at the weekend.READ: Arsenal's 'Invincibles' would beat Man City Do you agree with Guardiola? Have your say on our Facebook page.

Sports strength coach Simon Brundish, who has worked with a number of Premier League clubs over a 21-year career, described the schedule as "utter craziness.""These elite athletes need four days between games to 'fully' recover," Brunish told CNN Sport. "One is demanding injury, while one day between games after three games in nine days is accepting it in return for money," added Brundish, a reference to the billion-dollar television deal the Premier League and its clubs signed with broadcasters."The injuries they cause now have repercussions for the season and often careers of these footballers. Ask Mo Salah of Liverpool, Tottenham Hotspur's Dele Alii or Mesut Ozil of Arsenal when the World Cup comes round in June."Europe's other top leagues enjoy a winter break. Germany's Bundesliga and France's Ligue 1 returns to action on January 12, while Spain's La Liga will re-start on January 6. READ: The unstoppable rise of the 'Insta-trainer'READ: Honing LeBron James' billion-dollar body

City aren't the only club complaining.Relegation-threatened West Bromwich Albion has made an official complaint to the Premier League over their Christmas schedule.West Brom face relegation rivals West Ham Tuesday, having played out a 1-1 draw against Arsenal on Sunday. Meanwhile, West Ham have had a week to prepare for the game, though David Moyes' team will next play Tottenham on Thursday."The Premier League is a national competition and the scheduling of fixtures is complex," said the Premier League in a statement. "It includes having to ensure twinned clubs do not play at home at the same time, and take into account police requests, local events, broadcasting selections and several other factors."Over recent years, FIFA and UEFA have taken more dates from the football calendar, restricting the opportunities in which to schedule 38 Premier League match rounds. "With the World Cup squad call-ups commencing in May 2018, these restrictions are tightened further this season with an early conclusion to domestic competition." 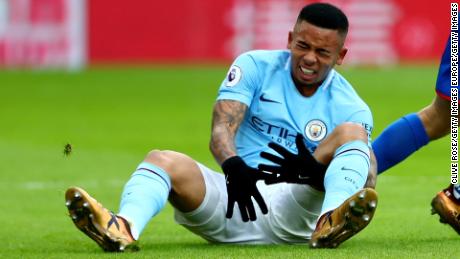 Both Tottenham and West Ham will also play FA Cup games on Sunday, ensuring they will have had three matches in six days."It is going to have a big damage on the FA Cup for us, to have two games in three days and then have to play another three days later in the FA Cup," Moyes told reporters. "That's where it's taking its toll and the Premier League is eating into dates where the Cup games might be getting used."Do I want to win the FA Cup? 100%. But I don't think it can be where we can damage our league form."Go to CNN.com/sport for more stories & featuresWest Ham's Head of Medical Services Gary Lewin added: "I don't think it is particularly fair — physically it is it not a level playing field for all clubs, as some are playing every few days, some have a longer break between matches and some have a week off before playing twice in three days."But that is how it is and we have to deal with it."