If that's possible, then surely so too is the reverse — breaking into a bottle and making a clean sample look dirty — and that is what scares U.S. Olympic champion Mikaela Shiffrin the most about the scandal which has engulfed sport over the last 18 months. Follow @cnnsport"The most concerning thing for me is that, in my opinion, it would be much easier to make a clean sample look dirty; than a dirty sample look clean," said Shiffrin, 22, who became the youngest ever Olympic slalom gold medalist when she took gold in Sochi at the age of 18 years and 345 days."They had to go through an extensive process to cheat the system and make their dirty athletes look clean and it's really scary to think that they could take any sample and be like 'oh let's make this look dirty'."I suppose it's a little more complicated than that but that's my biggest concern."READ: Doping whistleblower urges Russia to come cleanREAD: Russia backs athletes wanting to take part in Winter Olympics

'I take it really seriously'

The Swiss company, Berlinger, designed the sample bottles so that they could not be opened without breaking the seal but Grigory Rodchenkov — the whistleblower who claims to have masterminded the Sochi doping operation with the backing of the Kremlin — revealed that Russia found a way to beat the bottle-locking system.Rodchenkov, who is currently in witness protection in the United States, told the New York Times that his team would pass sealed bottles through "a hole in the wall" to Russian intelligence officers, who would take them to a nearby building and, within a few hours, bring them back with the caps loose and unbroken. That allowed Rodchenkov and his team to swap dirty samples for clean ones and reseal the bottle without leaving a trace, a program that helped Russia finish top of the Sochi medal table with 13 gold medals."Everybody tells athletes that these samples have bottle caps that are impossible to break into, that there's no way to break into them and then put them back on. And then we come to find out that they [Russia] figured out a way to cheat that," Shiffrin said during an interview with CNN's Alpine Edge."For me, I take it really seriously that I want to compete clean and, even if there are other athletes on the circuit who are doping, I would rather be the clean athlete who is able to win anyway or would end up retiring and not winning because it's just impossible to win without doping. That's just sort of my philosophy." 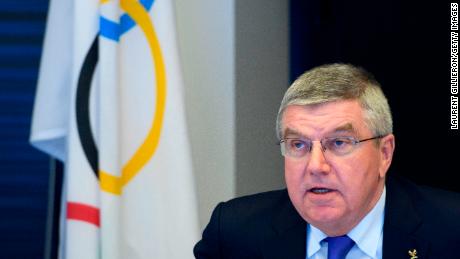 The International Olympic Committee (IOC) has banned Russia's Olympic Committee (ROC) from the 2018 Winter Games in PyeongChang in the wake of the scandal, which IOC President, Thomas Bach, described as "an unprecedented attack on the integrity of the Olympic Games and sport".Since the start of November, 31 Russian athletes have been handed lifetime bans by the IOC and a total of 12 medals have been stripped, which means Russia has dropped from first in the medal table to fourth behind Norway, Canada and the United States.Nevertheless, any Russian athletes who can meet "strict conditions" and prove that they are clean and unconnected to the doping program — which operated between 2011 and 2015 — will be invited by the IOC to compete under the Olympic flag as an "OAR" — Olympic Athlete from Russia. 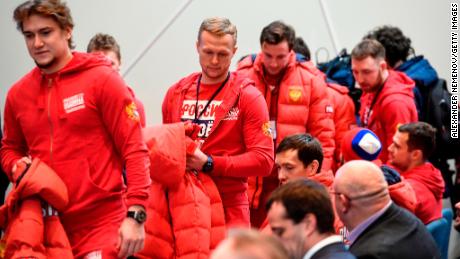 Some predicted that Russia's government, which has consistently denied the doping allegations leveled against it, would boycott the Olympics altogether but President Vladimir Putin said that he would not stand in anyone's way.Indeed, Russia's Olympic Committee has offered its unanimous support to any Russian who competes in South Korea, with ROC President, Alexander Zhukov, saying "more than 200" of its athletes could still end up going to PyeongChang.Zhukov confirmed that a Russian delegation will travel to the IOC headquarters in Lausanne, Switzerland, to discuss the "complex questions" of Russian participation. 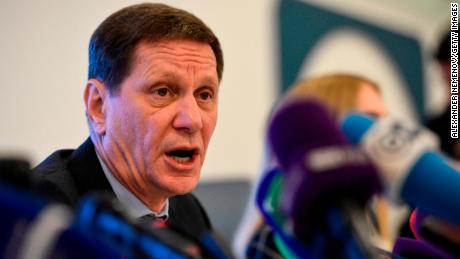 The head coach of the Russian men's ski team, Urban Planinsek, told CNN that he expects the Russian skiers to be allowed to go to the Olympics."Our athletes have been tested by independent agencies for some time," Planinsek said. "Therefore they should be clear to participate. We never had any issue in the past seven years that I have been with the team and I do not expect anyone to be banned."The U.S. star Shiffrin is a great admirer the slalom skier Alexandr Koroshilov who, in 2015, became the first Russian to win a World Cup event since 1981 and will be an outside chance of a medal under the Olympic flag if he is sanctioned to take part. She welcomes the decision to ban Russia's federation while at the same time allowing clean athletes to compete — albeit by invitation only — when the Games get underway in February. 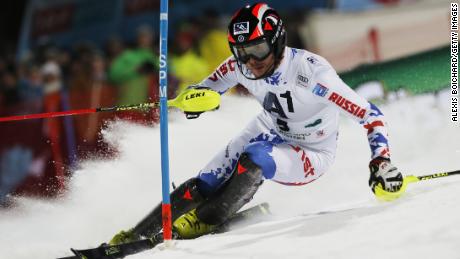 "For sure, there are athletes who are clean," said Shiffrin, who is aiming to become the first female skier to defend an Olympic slalom title."In Russia and every country, I'm sure there's dirty athletes and clean athletes, and the clean athletes do deserve the chance to compete. "I think it's a really nice thing that there's the option for Russian athletes under the Olympic flag and it gives them a chance. Just because there are athletes out there who are cheating doesn't mean that everybody has to be punished." 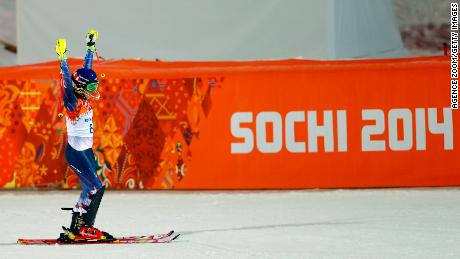 Shiffrin is the world's best slalom skier but made headlines at the start of the 2018 ski season by winning the women's downhill at Lake Louise. But, despite that eye-catching victory, she is sticking to her original plan to sit out the downhill in PyeongChang and compete in just four events — slalom, giant slalom, combined and super-G — for now at least. "I'm not planning to the race the downhill," said Shiffrin, who four years ago originally said she wanted to win five golds in 2018.Go to CNN.com/sport for more stories & features"Right now I haven't changed that plan. I think definitely four events is enough to wrap my head around. "I had a good experience in Lake Louise but I certainly don't expect to be winning every downhill from here on out."