An Ethiopian imam seeking asylum in Switzerland has been found guilty of inciting violence, local media report. The imam called for the killing and burning of Muslims who refused to join communal prayers, and also distributed execution photos online.

The asylum-seeking imam expressed the sentiments during Friday prayers at An'Nur mosque in the town of Winterthur in October 2016, 20 Minutes reported. “In his homily of Oct. 21, 2016, in the An‘Nur Mosque, he is accused among other things of calling for expelling Muslims who do not pray in the community, and even burning them and killing them in their homes if they still refuse,” prosecutors said in a statement in August.

The 25-year-old claimed that he did not speak Arabic well and had delivered a prepared sermon without understanding what he was saying. However, the court ruled otherwise, finding him guilty of three counts of public incitement to crime and violence, multiple depictions of violence, and working without a permit.

The man was given a non-custodial sentence of 18 months and was banned from Switzerland for 10 years, according to 20 Minutes. However, SWI reported that he had been banned for 15 years.

He was also found guilty of posting and distributing violent content on Facebook. One of the shared videos showed men drowning in a cage of water before being dragged out dead. The man claimed he had posted the footage on Facebook merely in order to stimulate discussion.

The man’s cell phone featured a photo of a man holding a torso and a head in his arms, and a photo of a severed head lying in a pot over an open fireplace. The imam admitted he had saved the photos, but declined to say why.

The man, who arrived in Switzerland last year, was arrested following a raid at the mosque in November 2016. He has been held in detention ever since. Meanwhile, An'Nur mosque closed in June. It was accused of having connections to terror groups and helping to radicalize young Muslims. 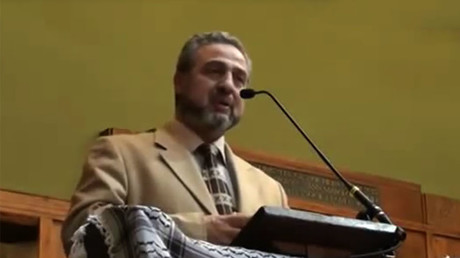 The conviction comes just weeks after a 27-year-old Swiss man was arrested in France, after allegedly being in contact with a 14-year-old French boy who had pledged his allegiance to Islamic State (IS, formerly ISIS/ISIL) and was about to carry out a knife attack. The Swiss man “had contacts with individuals living in France with whom he notably discussed violent actions,” according to a judicial source cited by AFP.

Meanwhile, precautions have been taken in Switzerland, with news reports stating in June that security personnel at Geneva airport had been taking a course to help them spot signs of radicalization among their colleagues. In May, Zurich's public safety office recommended that towns in the canton ban a campaign that handed out copies of the Koran in public spaces, describing it as a front for the incitement of radical activities, Reuters reported at the time.

In 2016, Swiss voters backed a law which allowed for an expansion of the national spy service's authority to monitor traffic, deploy drones, and hack foreign computer systems. Although Switzerland has not been the direct target of terrorist attacks seen elsewhere in Europe, the government said the previous intelligence laws were outdated and ineffective, as global terrorism evolves and becomes increasingly sophisticated.

Imagine! An 'alternative internet' not ‘completely in the hands of Facebook & Google’